Learn about the process when you are to receive or need to procure an OMB, and the following maintenance requirements and conditions of keeping a building on your school site.

Ariah, student. My favourite thing about this classroom is that we can play with the horses and it’s so much fun.

Harry, Student. We have good maths.

Maia, Student. There’s lots of space to do the dancing.

Harry, Student. And it's so big.

Sharron Scouse, Principal. Welcome to Mangatawhiri school, located 10K south of the Bombay Hills. We’re a school that's grown from 52 students to our current numbers of 200. In 2018, our school roll really exploded and it was at a point we were using our school library as a classroom. So we began the conversation with the Ministry then around, you know, what was needed for our school. The design team were very open to input from us in terms of adding a toilet block and then in terms of the colours, that was all down to us in terms of the staff, you know, making choices about what they would like to see inside the classroom. Once that process started in terms of building the foundations, it was a really quick process. Got the phone call to say the classrooms were arriving Thursday overnight, we'd leave school and see the piles in the ground and we’d arrive at school tomorrow and we'd see the classroom. And that's what happened. It was incredible. When you see this classroom ticking, it's really joyous actually to come in and just see the opportunity for people to spread, to move, to create. In a single cell, traditional classroom you would bring out, you'd let the kids play and interact with and then it would need to be packed away because you don't have the space. There’s greater opportunities for children to make some decisions about their learning. So in terms of what their interests are or what they fancy doing that day or who they would like to work with that day, there's lots of choice available in the classroom.

Lorelle Dodds, Teacher. Having a modern learning environment like this means that we can come together as two classes so we collaboratively plan and teach the mat times together. But it also means that we can move apart and group our children accordingly and teach to different strengths and learning needs as well. So we've got the space to do that.

Cheryl McKinstry, Teacher. You may see a group of children playing in the middle, having lots of conversations, negotiation, imagination just runs wild. We also utilise the deck a lot. We've got Play-Doh, we've got paint, the water play. Out on the court we do a lot of chalk drawing, we do a lot of ball skills. It's really nice having that indoor outdoor flow where we can utilise the outdoors and the indoors very creatively and very easily as well.

Sharron Scouse, Principal. This space, and especially for our young learners who are new to school, I think it's, what a way to start school. Our parent community have been impressed, not only with how it looks and how it sits, but just how happy their kids are. How their kids are keen to be at school and to be in the classroom. That’s heart-warming.

Watch this video translated into New Zealand Sign Language here.(external link)
Boards considering an OMB will find key information in this guidance that details the procurement, upkeep, and conditions they must follow.

Teacher. Why do you like this classroom so much?

Teacher. Yeah, and you like it in that room when we do it there?

Hamish, Student. I like this room better. There’s lots of space.

Natalie Todd, Principal. Our school is Wairau Valley Special School in Auckland. Our values are ARU to follow, so acceptance, respect and understanding. In 2020, we realised that we needed more buildings onsite because we didn't have enough classroom space. And so the Ministry got hold of us and we spoke about what this would look like. It was an incredibly collaborative process. We could talk about what the building would look like, what we would need for it to be effective for us and then we could take it to the teachers as well and show them what we were going to get. And because all the work had been done offsite, there was minimal disruption. The best thing for me was that time frames were met. The majority of the students in this class are on the autistic spectrum. Noise really impacts on their anxiety levels, so therefore on their learning. And so this is an area away from the rest of the school but still within walking distance. The students can go and work individually in workstations, there’s enough place to do that. And at the back they've got where they're going to do their hard tech, it's not within the class. So with children with autism, having defined spaces is really important so they know what to expect and where to go to. We're getting fewer incident reports which shows me that they’re really comfortable in their space and so that speaks volumes for us.

Carel Broekman, Teacher. The classroom is so much bigger. They're calm, they're relaxed, they've got more space. They like the colours of it as well and lots of light coming in. Then you've got a separate space there for the kitchen which is beautiful. They love using that space and doing the cooking there and having their lunches and morning teas there. It's a separate space which you don't always have in the old classrooms. It's quieter and they feel safe to go out and have space by themselves. They take responsibility for their own behaviour. One specific student that comes to mind, he’s verbal but he's very detached from people. Since we've moved into this room, he's been more responsible. He's been taking the responsibility of opening and closing the classroom and taking responsibility of keys. He knows what his role is in the classroom and he takes on that lead which is beautiful.

Natalie Todd, Principal. For those that can tell us, they will tell us they like their new class. For the others, we see it in their behaviour. If we get it right for them now, it helps when they're older. And so we’re building up the skills, particularly around self-regulation, so that we can take them out into the wider community and broaden their worlds.

The Ministry provides new spaces to support a range of uses from roll growth, building replacement to emergency response. One of our delivery methodologies is to construct new space away from the school ‘off site’.

OMBs are built for flexibility, so in addition to classrooms can be designed for teaching, staff and student support spaces, as well as:

All OMBs are built to a high-quality standard. They:

This toolkit details the roles and responsibilities, building types, colour and layout options, and delivery information.

The procurement process for getting an OMB purchased and delivered to your school is a lot quicker than for a bespoke new build project.

This is because the Ministry has already completed the procurement for the design and the contractors are engaged ready to deliver.

Having our providers build your classroom in a factory is also quicker and safer than building on the school site. 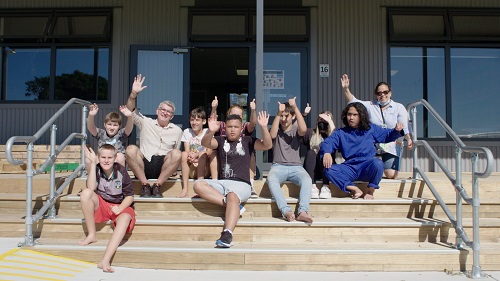 There are three phases in procuring an OMB:

Confirming the funding for your new space project

You must already have funding for new space confirmed before we'll consider an OMB for your school. This funding may come from redevelopment programmes such as weathertightness remediation or the Northern classroom delivery programme.

Funding may also come from other redevelopment programmes such as:

Furniture and equipment for state schools

Once your funding is confirmed and added to the asset management application (K2), contact your property advisor to see if an offsite manufactured building is right for your school.

Applying for an offsite manufactured building

Your property advisor will contact the Capital Works team to begin the project approval process. This includes looking at your school with you to decide whether an OMB can go on the site.

If your site is suitable, your property advisor will do a submission for this.

If your project is approved, you and your property advisor will be advised in writing and project planning will start.

Including your school in the delivery programme

Once approved, your school’s OMB is included in our demand forecast — we use the forecast to help us plan for and meet demand for OMBs.

The OMB team will send you a briefing pack which contains:

You must sign the Conditions of Use document and return it to your property advisor. We then issue a work order for the provider to start your OMB project.

After the project design is approved, we sign a works order with the provider, which is a notice to start the next stage of the project. The provider then applies for building consents.

The provider issues you with a construction management plan which includes:

Carry out site works not associated with the OMB

You must carry out and pay for any of the work not directly associated with delivering the OMB. Talk to your property advisor about the funding streams to pay for this work.

Prepare and deliver the OMB onsite

Before the provider can deliver your OMB, allow them access to your school so they can:

The provider delivers the OMB to your school site, installs it on its foundations and connects all of the services.

Once all the project work is complete the provider submits the practical completion documents to the contract management office for approval.

Your OMB is ready for use

Once our office gives approval, your OMB is ready to be occupied. The provider then gives you:

Notify us of any defects within 6 months

The defects liability period is 6 months. If you find faults during this time, you can contact the NTP team and the provider then fixes the faults. A defect means any error, omission, shrinkage, undue deterioration or other fault associated with the building.

After 4 months — the accommodation period — we send you a simple post-occupancy evaluation document to complete. This helps us improve our product and services.

You're responsible for maintaining your buildings and we provide maintenance funding through your Property Maintenance Grant.

Make sure you plan your maintenance in line with the provider’s maintenance and cleaning plan, so you’re covered by warranties and keep your buildings in their best condition. 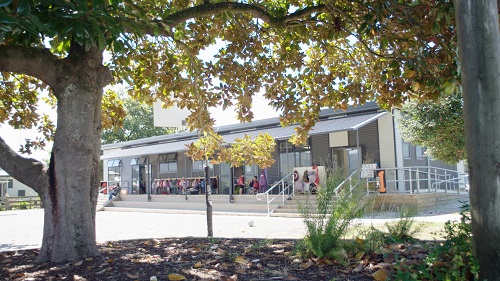 You can pay for upgrades to the buildings using 5YA funding or board funding, such as fundraising or grants.

Board funding for property projects

Providing upgrades to the OMB without written agreement from the Ministry may affect the warranties and guarantees.

During the defects period, you'll need to contact us immediately if your building requires repairs from damage to:

During the term of the contract the provider is responsible for any repair work required to the items above. Works carried out by other contractors may affect the warranties and guarantees within the contract.

If you’re using an OMB as temporary accommodation while work on other buildings is under way, the provider will remove it when you no longer need it.

We’ll discuss with you how long you need the OMB for in temporary situations. This helps us with forecasting and providing OMBs for future host schools that need short-term classroom solutions. 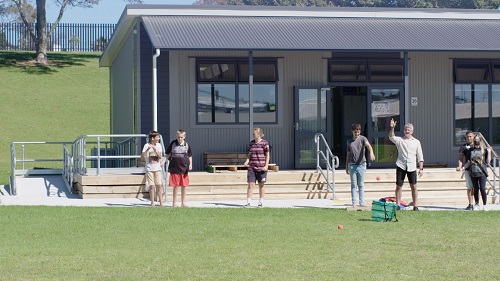 Last reviewed: 24 November 2022 Has this been useful? Give us your feedback