The exemplars in these books are about assessments carried out in everyday contexts. A major purpose of documentation is that it will inform everyday, undocumented, interactive teaching and spontaneous feedback, making children’s interactions richer and more reciprocal. The curriculum is at its best when activities and conversations are sited in meaningful contexts.

The following is an example of a typical everyday episode in a childcare centre, which happened to be recorded by a visiting researcher. 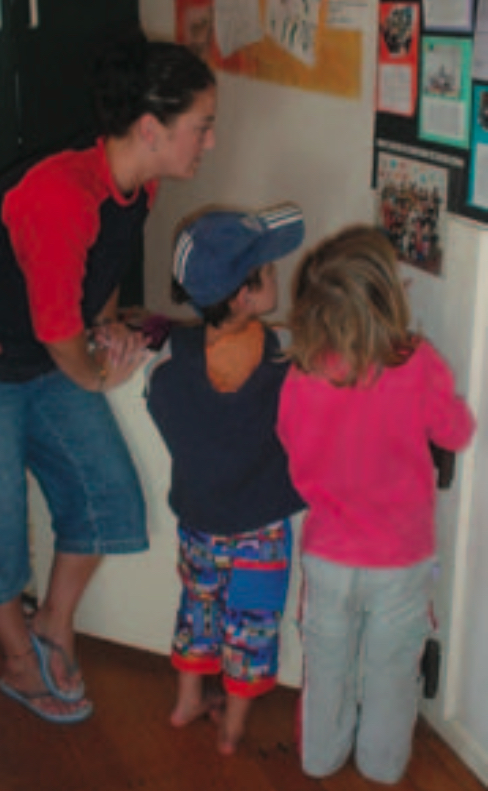 There are two teachers named Kirsty at this childcare centre. One of them is away. The interaction began with Zena asking Margaret (the visiting researcher) a question. Jade and Kirsty are teachers.

Jade: [From across the room] Who, sorry?

Zena: Kirsty at my daycare.

Jade: Can I ask you which Kirsty you mean? Can you come and have a look at the board and show me? [They go together to look at a photo board of all the teachers.]

Jade: She’s got Friday off. She’ll be at home.

Jade: No, she’s not sick. She’s just having a day at home doing some jobs. Are you missing her?

Jade: She’ll be in next week on Monday, though, when you come on Monday.

This episode was part of everyday life in Zena’s childcare centre and illustrated the following features:

In providing feedback to Zena, the teacher:

We can see that there were elements of wellbeing, belonging, exploration, communication, and collaboration in an interaction that took just one minute and twelve seconds.