This is the first of five books on assessment in the domain of symbol systems and technologies for making meaning.

In the Reggio Emilia programmes in northern Italy, symbol systems are described as "one hundred languages" for making meaning and communicating.1 Carlina Rinaldi writes about listening "to the hundred, the thousand languages, symbols and codes we use to express ourselves and communicate, and with which life expresses itself and communicates to those who know how to listen".2

"We have often heard the phrase from Reggio Emilia, "100 languages of children". What does this mean? It could refer to the 100 different ways children use their native language to express their general attitude toward something. Or, more literally, it could mean that there are 100 different symbol systems that qualify as protolanguages that children could use if the classroom culture would allow it...For example, several children choose to use gesture to retell the story of a lion capturing a gazelle; others use music and others use drawings." 3 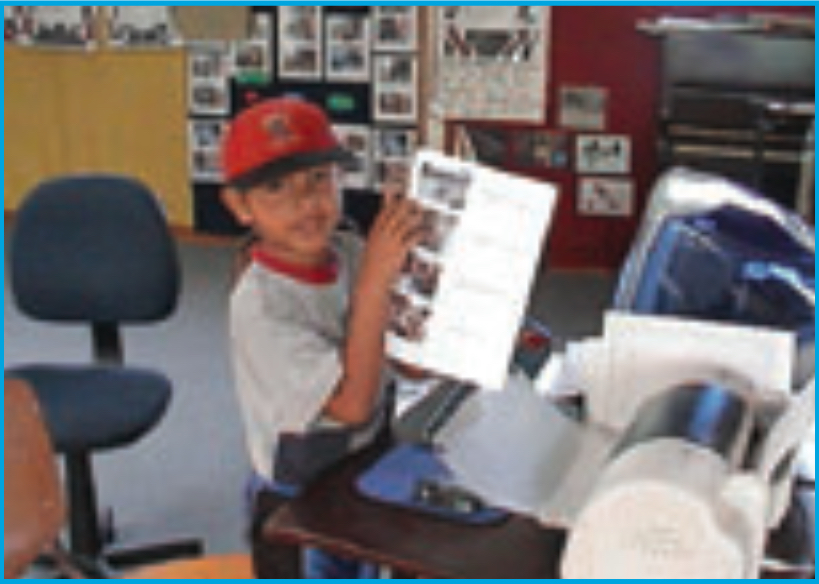 There are connections here too with the key competency "using language, symbols, and texts" in The New Zealand Curriculum (2007). The explanation of this key competency includes the following:

"Languages and symbols are systems for representing and communicating information, experiences, and ideas. People use languages and symbols to produce texts of all kinds: written, oral/aural, and visual; informative and imaginative; informal and formal; mathematical, scientific, and technological." 4

The four symbol systems and technologies for making meaning discussed here – literacy (oral, visual, and written), mathematics, the arts, and information communication technology (ICT) – are a selection. Other systems, for instance, scientific systems for the classification of animals and plants, are not included.5 Furthermore, these four are interconnected. "Reading" pictures, photographs, whakairo (carvings), and drawings includes art as well as reading. Recognising the meaning of culturally significant patterns (for example, tapa and tukutuku) includes language, mathematics, and art. These are cultural systems and technologies. Many of them have been handed down from previous generations, while some are newly constructed and evolving. 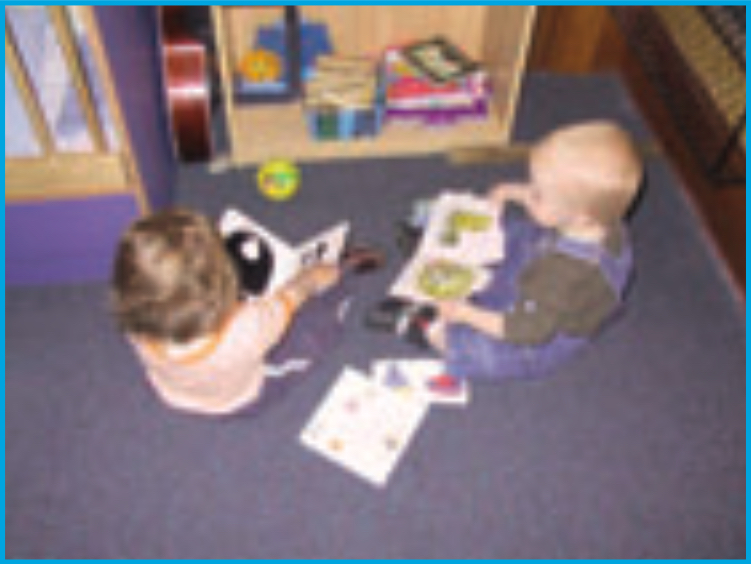 Occasionally these are all described as “literacies”, although “literacy” is sometimes seen as being only about language, reading, and writing. A writer who discusses the changing nature of literacy in the 21st century is Gunther Kress.6 He argues that because of the increase in information and communication technology in everyday life, children of today are growing up in a world where the ability to read complex and diverse visual images for meaning will be just as important to literacy success as their ability to read the written word. For example, electronic texts relying on a combination of visuals and words are playing an ever increasing role not only in entertainment but also in communication and employment. The advent of these new symbol systems and technologies demands that we take a broader view of literacy than in the past. The concept of “multiliteracies” is relevant here. “‘Multiliteracies’ refers to multimodal ways of communicating through linguistic, visual, auditory, gestural, and spatial forms.” 7

"Literacy is changing and young children are increasingly exposed to communication tools and situations that are multimodal rather than exclusively linguistic (Hill & Nichols 2006). This has required new thinking about the new forms of literacy. One of the ways that this rethinking has occurred is in the pedagogy of multiliteracies (New London Group 1996), which has expanded our view of reading, writing, speaking and listening to include the various multimedia symbol forms." 8

Cultural tools and literacies from the past are also part of today’s symbol systems and technologies for communication and meaning making. Hirini Melbourne, speaking in a lecture series in 1990 about Māori writing, asked:

"What constitutes “literature” in a culture that has traditionally been based on oral language? Moreover, the body of Māori writing we now have is incomplete because it is largely in English and involves a range of non-Māori forms." 9

Melbourne commented that it is a common misconception that oral performance represents “a collective cultural heritage and allows no scope for individual invention”.10 He added: “What is important is the relation of the individual composer or writer to the culture as an entire living thing.”11 He used the whare whakairo (carved meeting house) to represent dramatically in Māori terms the place of traditions within the Māori world view: the integration of symbol systems and technologies through which Māori expressed, and express, their sense of the world.

"Let us now approach the whare whakairo. Above the door is the name, Ngā Kōrero Waihanga a Ngā Tipuna. This represents the cultural expressions of the ancestors. The maihi stretch out like open arms of welcome: “Nau mai, haere mai, tomo mai.” When you enter the whare whakairo, you remove your shoes at the doorway, thus leaving outside what you have picked up along the way. This symbolizes the act of casting aside the accumulation of foreign material. You enter the house of Māori tradition respectful of the particular culture it represents.

In the centre of the house is the poutokomanawa, the heart pole of Màori tradition. This pole represents the language and its cultural applications and relevancies. It indicates the inseparable connection between the language, the people and their history. We cast our eyes up to the tāhū. From the tāhū, the heke (or rafters) angle down to rest on the top of the poupou (or pillars) along the side walls of the house. The heke represent the knowledge pertaining to the creation of the cosmos. The poupou along the walls represent human ancestors and their interaction with other life-forms and the environment. The decorative art works of kōwhaiwhai, whakairo, and tukutuku represent the various formal devices at the disposal of composers, poets, and/or orators to clothe their ideas in seductive and elaborate styles and flourishes." 12

In a Parent’s Voice section in Book 17, a parent who accompanied the children from an early childhood centre onto a marae, and into the whare whakairo, comments on her son’s response to the karanga, the waiata, and the whaikōrero. Her son remembered his koro speaking at a wharenui, reminding us of the role of elders in demonstrating and transmitting traditional symbol systems, genres, and technologies for making and expressing meaning. 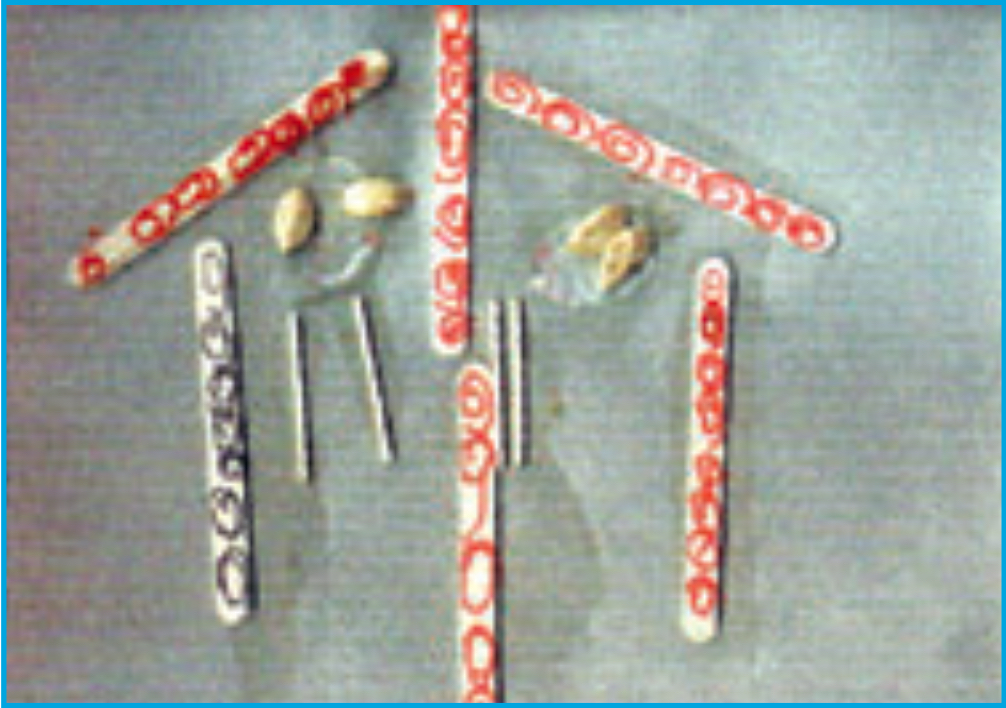