The sociocultural framework that informs Te Whāriki (see Book 2) is a useful perspective for understanding the teaching and learning and assessment of symbol systems and technologies in the early years.15 Young children learn languages, literacies, symbol systems, and communication technologies by participating in them in a range of family and community contexts (including early childhood settings outside the home), where the purposes and ways of “doing” literacy, mathematics, the arts, and ICT are as varied as the contexts themselves.16 This view has far-reaching and important consequences for the way we go about assessment for learning because it acknowledges that competence is not just a matter of cognitive ability. Competence is about “access and apprenticeship into institutions and resources, discourses and texts”.17 It also depends on how much the knowledge, skills, and interests children acquire from their families and communities are recognised and valued by educators within early childhood settings. Assessment practices will include making connections with family and whānau.18 Books 1–9 of Kei Tua o te Pae (see especially Book 5) illustrate how narrative assessment can be particularly effective in creating opportunities for families to share their literacy and communication practices with teachers. When family members read stories about practices that involve their child in early childhood settings, they will often be prompted to describe related experiences going on within the family context. They may also let teachers know about the symbol systems and technologies they value.

The exemplars selected for these books have been chosen to reflect a diversity of interests and practices. They are also about assessing children at times when they are active participants in everyday events and real-life situations that are meaningful to them. Wherever possible, narratives that feature the sharing of expectations and practices across contexts such as home and centre have been included. This enrichment of the knowledge in an early childhood setting with “funds of knowledge”19 from the children’s homes contributes to the “noticing, recognising, and responding” process that is formative assessment (see Book 1).

A repertoire of literacy practices

Being a participant in literacy events has been described as participating in a set of roles or practices. Combining a framework set out by Peter Freebody and Allan Luke20 with ideas from Barbara Rogoff 21 and Te Whāriki , we might say that being a participant in the culture’s symbol systems and technologies includes the following repertoire of practices (not in any particular order). This repertoire parallels the principles of Te Whāriki (community, relationships, holistic development, and empowerment) and the four dimensions of strength outlined in Book 10 and referred to on page 6 above.

Observing and listening in22

This is what children do before they begin to actively participate in the activities of the community. Ruby is actively involved in going shopping and, at the same time, she is observing an adult making a list.

Ruby goes shopping while an adult makes a list.

Playing with symbol systems and technologies 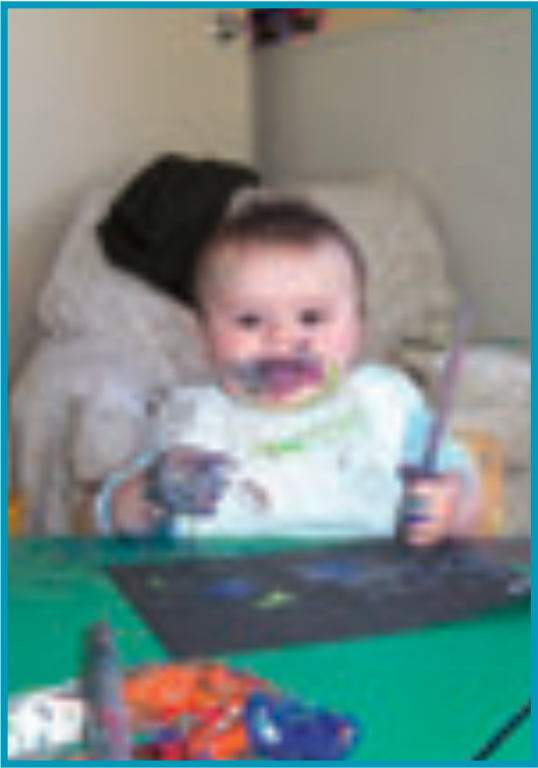 Using the symbol systems and technologies for a purpose

Skills are useful in a holistic, meaning-making context. This is about noticing, recognising, and using the culture’s symbol systems for making meaning. Making meaning includes understanding or breaking the codes – recognising and using the fundamental units, symbols, patterns, and conventions of literacy, mathematics, the arts, and ICT.

Counting and recording the colour of the children’s socks.

Critically questioning or transforming the units, the conventions, or the stories of meaning making systems (including inventing units, conventions, or stories, and choosing a tool from among several that might serve the purpose) involves using symbol systems and technologies with competence and agency. Both are actions of empowerment, which position children as having a valued viewpoint and being able to make changes.24 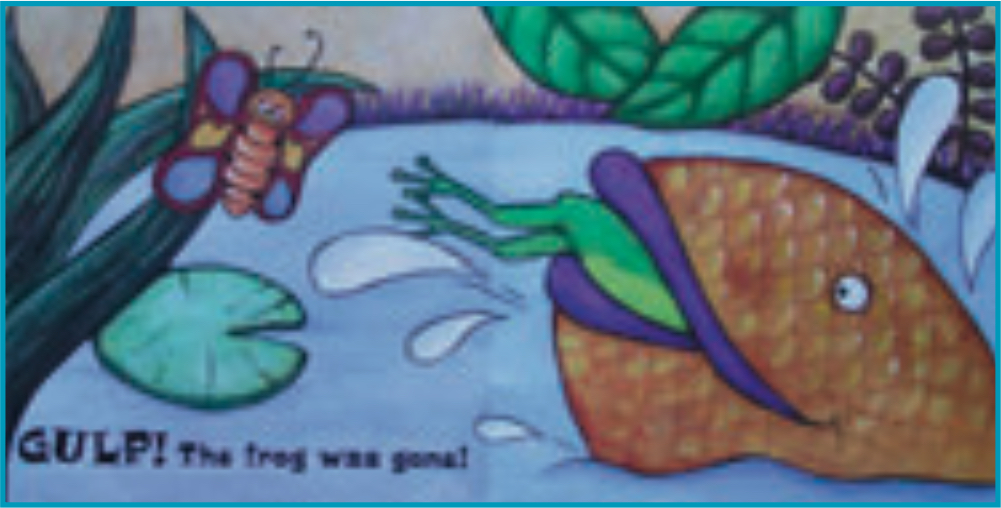 Listening in to, playing with, using for a purpose, and transforming: The environment as a kitchen or a workshop

These processes can be summarised in another metaphor, from James Greeno:25 to think of the domains of literacy, mathematics, the arts, and ICT as resources in purposeful environments. Greeno comments that “in this metaphor, knowing the domain is knowing your way around in the environment and knowing how to use its resources”.26

And he adds that “kitchens and workshops are small human-made environments with materials and tools for specialized activities”.

"Learning to use resources to make things also involves social as well as individual activities. In a kitchen or workshop, a person can learn how to put materials together and perform operations on them (e.g. various mixing operations, different methods of cooking, ways to attach parts, and how to make adjustments and repairs) by helping a more experienced worker, by being shown how to do things and then trying them with coaching by a mentor, or by following written instructions and observing the results." 27

A kitchen is a small, deliberately constructed environment, developed for solving specific kinds of problems. Although Greeno is writing about an aspect of mathematics – number sense – this metaphor is a useful one for all symbol systems and technologies. The purpose of entering the kitchen, for instance, is not to use the tools, but it might be to make a batch of scones. The tools chosen will be those apparently most useful to complete the task. But the cook needs to be familiar with the tools available to make the choice and may need to be inventive or adaptive when the “right” tool is not available. Sometimes the cook will play with the materials or the tools or the recipes in order to see what they can do. Occasionally someone in the kitchen will watch the cook and decide (perhaps later) to have a go at cooking something similar or to try out the tools. In the exemplar “Preparing a budget and playing with numbers”, for instance, a group of children and the teacher are selecting from a catalogue and budgeting for an equipment grant. This purpose calls on some mathematical tools for its achievement, including symbols (numbers) and a calculator. Lute watches this purposeful activity and later plays with the calculator, writing the numbers that appear on its screen. 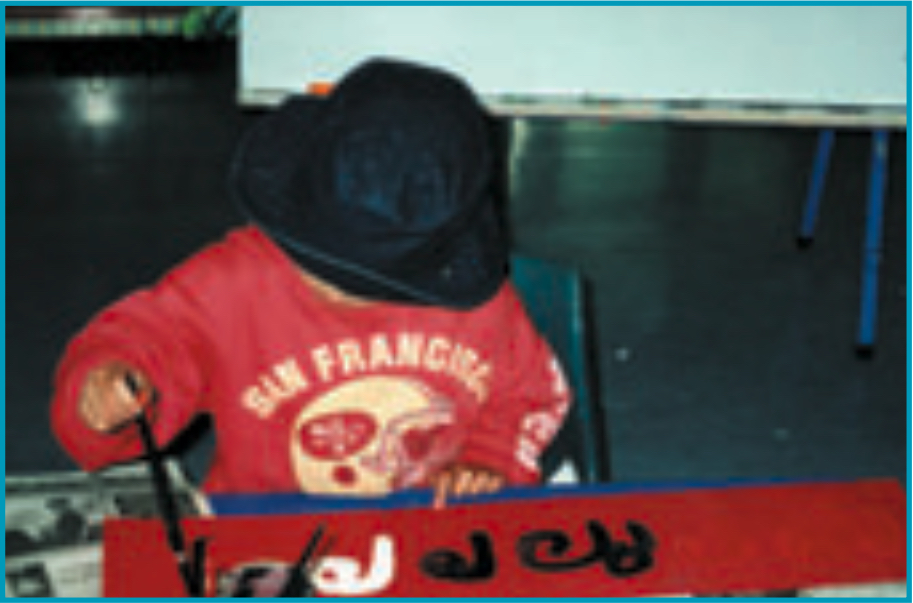 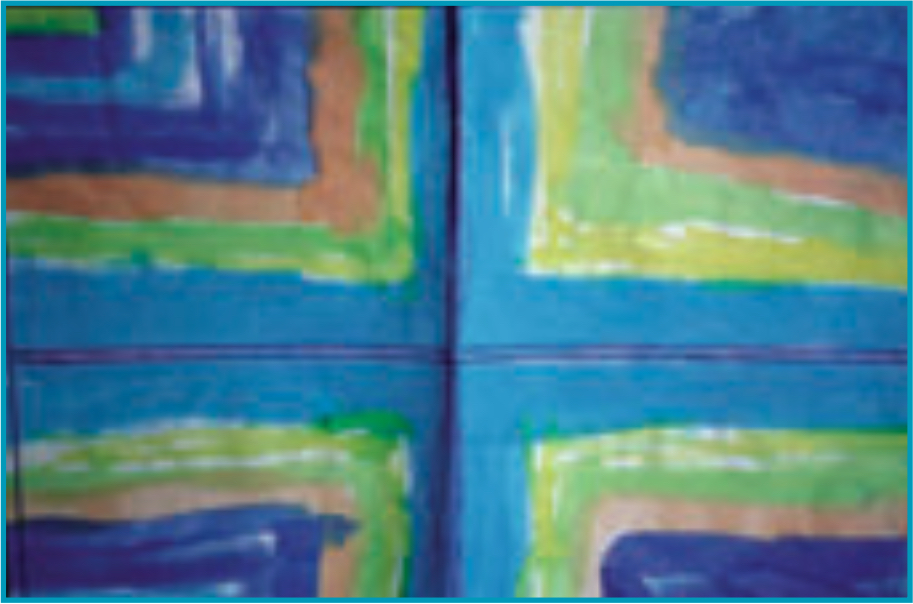