Early Māori were scientists and explorers: they built waka, stocked them with kai cultivated from the land, fabricated sails from the materials growing around them, observed and harnessed the ocean currents, and navigated by the stars. They explored by ocean extensively and shared mātauranga through karakia and waiata.

Despite this rich science whakapapa, rangatahi Māori have not previously engaged in the sciences at the same rates as non-Māori.

On Thursday 6 May, Minister Davis met with the founders and students of the Pūhoro STEM Academy to announce a $2.97m funding boost to support more students to participate and succeed in the fields of science, technology, engineering, and mathematics. 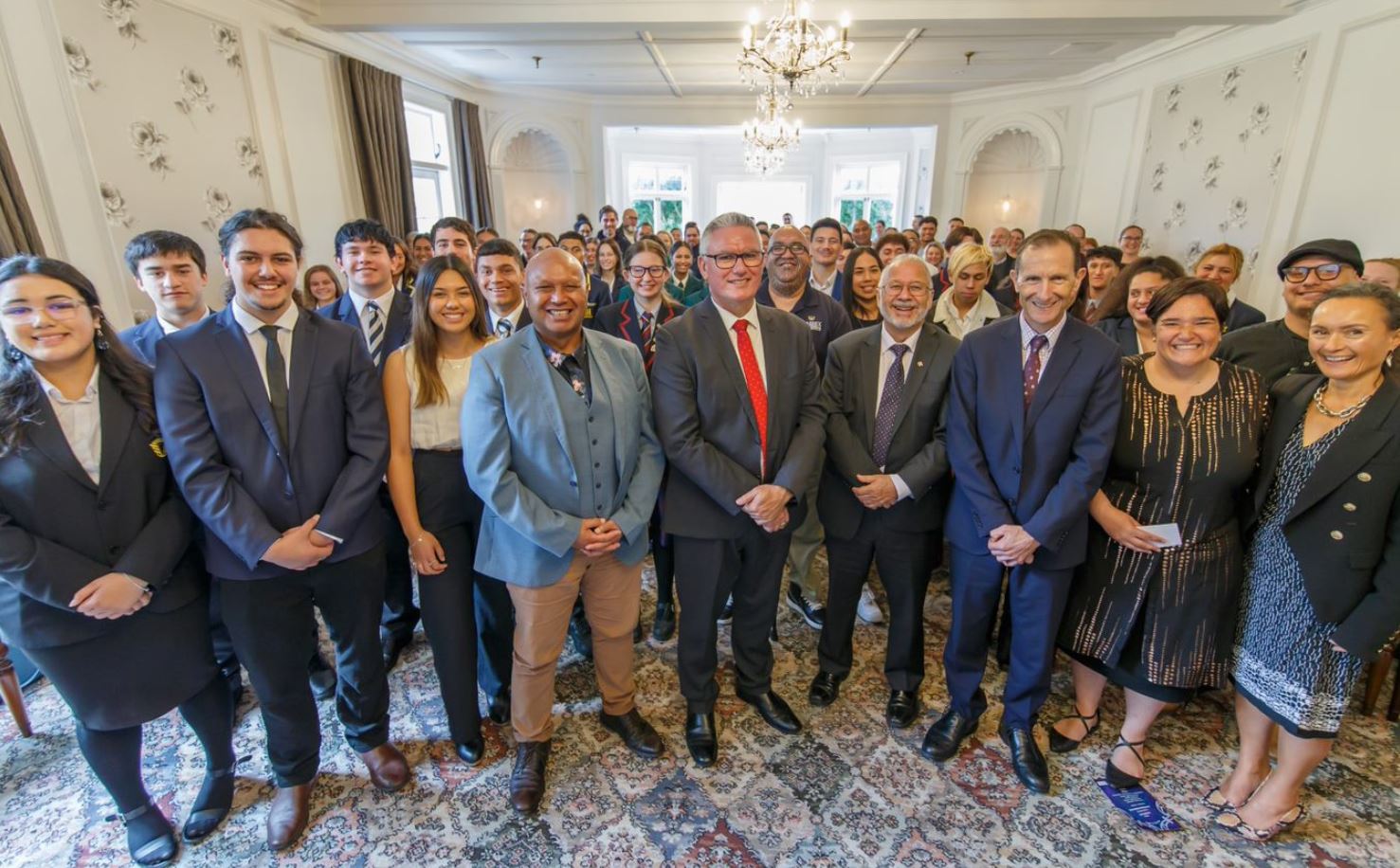 Minister Davis announces a new funding agreement of $2.97m over three years to enable the Pūhoro STEM Academy to increase their student numbers.

Kemp Rewiti, one of the founding members of the Pūhoro leadership, spoke of the need to change the narrative around Māori and science.

“Our people were skilled navigators, and their knowledge spanned generations. In 2016, Pūhoro set out on a mission to disrupt societal narrative that Māori are not – or should not – be involved in the sciences. Science is in our DNA. It’s who we are. We need to let rangatahi shine forth.”

Erena Manu, a current Pūhoro student who will be studying science at the University of Canterbury next year, agreed.  “My tīpuna were the greatest voyagers in the world … I have the potential to do anything”.

Like Erena, the vast majority of Pūhoro STEM students who complete the programme successfully transition to tertiary study, apprenticeships, or the Defence Force.

“I was going to take up a trade – most likely plumbing – before I was introduced to Pūhoro” said Luke.

After attending one of the first wānanga sessions, he found his passion and decided to become an engineer.  Luke is now in his third year at the University of Canterbury majoring in mechanical engineering and minoring in biomedical engineering.

This year, Luke has been working with a team, including Pūhoro alumni Taine Davis, to develop a low-cost, 3D-printed, electromyography prosthetic hand that is an alternative to existing high-functioning – but expensive – prosthetics already on the market.

His dream is to put into production an affordable product to support the 2.4 million upper-limb amputees living in developing countries. Luke credited Pūhoro for showing him how to look at the world through a Māori lens to see how limb loss could affect a person’s hauora.*

Meschka Seifritz another founding member of the Pūhoro academy currently studying at Massey University, is exploring and incorporating Māori views within her study of water quality through the health of macro-invertebrates.

“Science disciplines people to figure out what things ‘are’, but not how they affect other things”. Says Meschka.

Rather than look through the same narrow scope, Meschka brings a hauora Māori philosophy to her studies and asks us all to think about “what will happen if the macro-invertebrates' environment changes … what’s happening to the water, the trees, the birds, and everything else? Without the macro-invertebrates, is the mauri of the water still the same?” 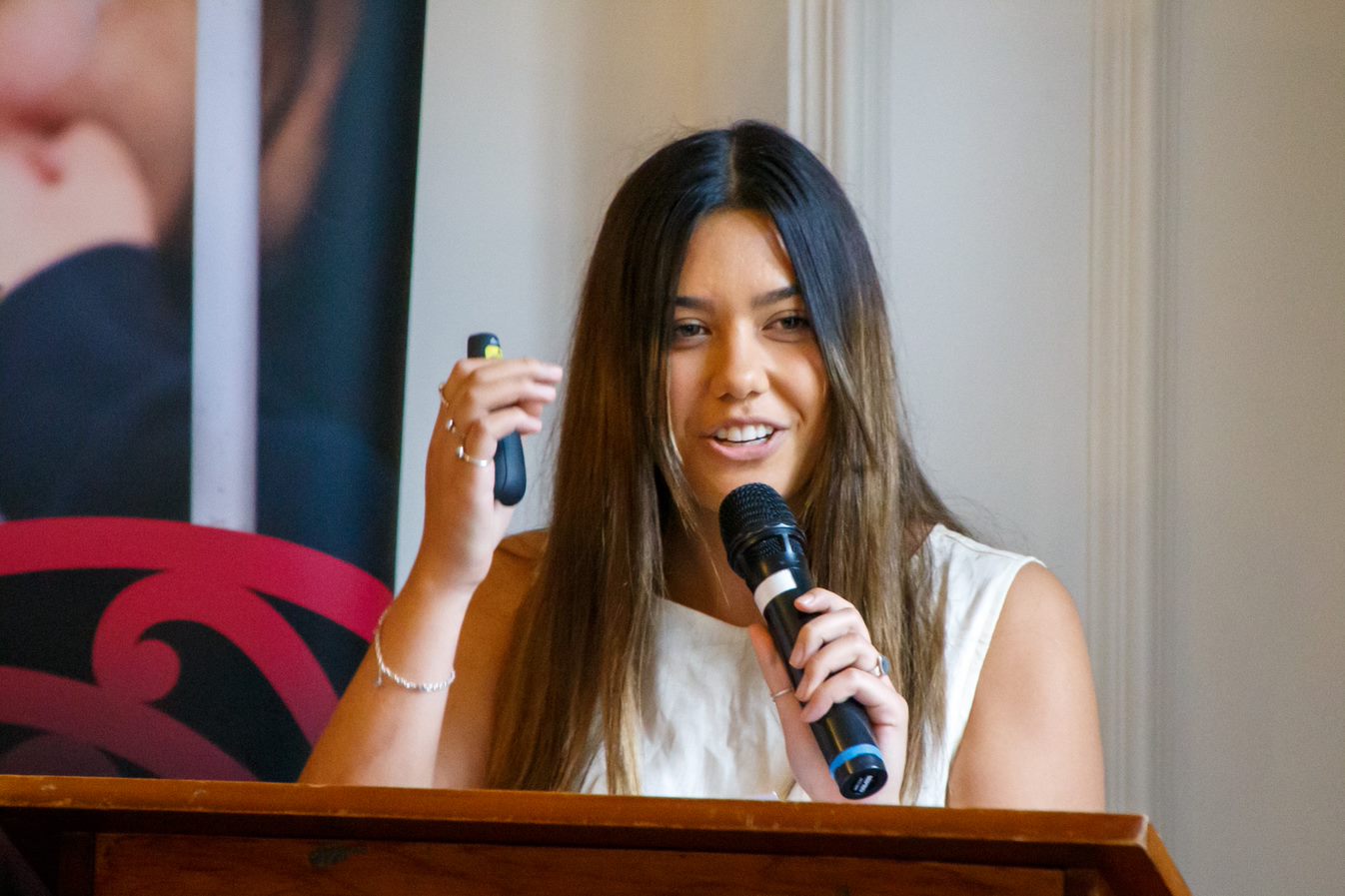 Meschka Seifritz is a founding member of the Pūhoro academy, and is currently studying water quality through the health of macro-invertebrates through Massey University.

This way of thinking isn’t new. Protecting the mauri of the environment was vital to Māori tīpuna.

Minister Davis shared a story he’d been told about a kuia who, as a young child, was told to sweep the beach at a certain time of the year. She and her whānau would sweep away the seaweed, foam, and shells, without question – but they weren’t keeping the beach clean. They were acting on detailed instructions handed down through karakia by her tīpuna to watch out for specific tides, at a specific time of the year, when the moon was at a specific stage, for the Piper fish eggs that would wash ashore.

The Pūhoro Programme is an example of Māori educational success that brings together the concepts of mātauranga Māori and modern science.

The new funding announcement between the Ministry of Education and the Pūhoro STEM Academy will ensure greater numbers of rangatahi have the opportunity to take their place within the fields of science, technology, engineering, and mathematics.

Last reviewed: 18 November 2021 Has this been useful? Give us your feedback