It’s a late overcast afternoon when we get the chance to talk to Hare Rua, Tumuaki of Te Kura Kaupapa Māori o Hoani Waititi Marae.

He’s had another big day. Up every morning at 5am, he won’t be back home till night falls.

The first 20 minutes of our kōrero with him are spent talking about the pride he has for his children, those that are attending Hoani Waititi and even those who have left.

He spends the same amount of time reflecting on the significance of the kura and the importance whānau have on everything he does.

He’s a proud, smart, and humble man who finds interviews difficult especially if he has to talk about himself but he knows he needs to do this, just in case one rangatahi or pakeke is reading this and is inspired to become an educator and continue to uplift whānau Māori.

“I’m from a little community in the Eastern Bay of Plenty known as Ruātoki. My dad got a job at Tasman Pulp and Paper Mill in Kawerau not long after I was born.” A lot of Tūhoe gained employment at the mill and even though they were living in Kawerau, Hare was still able to grow up in a community that strongly replicated Ruātoki and Tūhoe. However, school was quite different. “Schooling in Kawerau was white,” Hare said. “Everything was white. When I was in primary school, around Standard 2 or 3, I remember feeling a sense of embarrassment regarding the fact I was Māori.”

“That was the nature of New Zealand society at that time and schools and the education system did nothing to deter that feeling in tamariki Māori. There was very little in schooling that embraced taha Māori, te reo Māori, tikanga Māori, our Māoritanga, and anything that represented Māori. Other tamariki made fun of most things Māori, and related being Māori to being two things; ‘dumb’ and ‘pōhara’ (impoverished).

“There was whakamā that came with that stereotyping of Māori, to the extent that some tamariki at school would deny their Māori identity and claim to be half-caste, not Māori. So that’s what school did for us. It was very white in terms of primary school. I was a half-caste, I was embarrassed to be Māori.”

After leaving primary school, Hare headed to Hato Tīpene (St Stephens School) where he combined his passion for te reo Māori with teaching. According to Hare, “If there was one strength I did have upon attending Tipene, it was te reo from my mum, my dad, and from my people back home, my aunties, uncles, my nannies, koro’s, and of course the wider Ruātoki community.”

It was also at Hato Tīpene where Hare found a love for teaching: as a fourth former, he was given an opportunity by his kaiako, Mrs Marilyn Brewin, to tutor a third form class in Kapa Haka. “It’s because of Mrs Brewin I agreed to help out the haka class and found that I had a knack for teaching and transferring knowledge, helping kids grow in a certain space which embraced tikanga Māori and te reo Māori. I had the ability to be a teacher, to transfer knowledge.”

Hato Tipene holds fond memories of some amazing kaiako who pushed the boys hard to achieve and succeed in their schooling. However, there were also those kaiako that had a different attitude. One kaiako had no qualms in referring to students from a particular class as 'dumb', 'thick' or 'with no hope at all'. “I remember thinking to myself that I would do everything to prove that teacher wrong," Hare said.

Reflecting on achieving School Certificate, Hare recalls that same teacher asking him, “Oh, how did you fluke that Rua?” Hare continues, “Imagine the kids that did not have the strength or the whānau support to overcome that sort of negativity from a kaiako.” 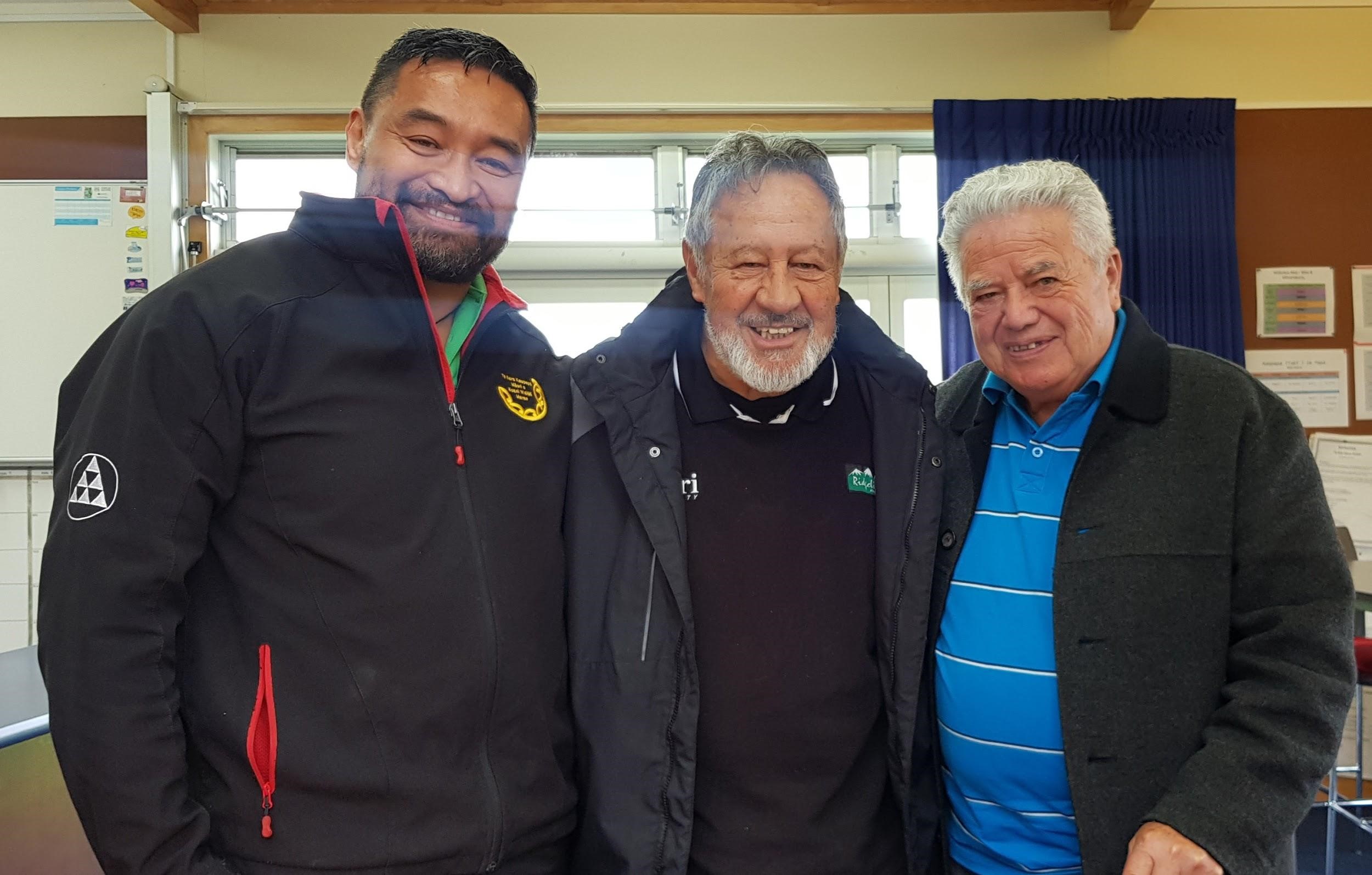 In 1993, fresh from university, Hare was offered a teaching role at Te Kura Kaupapa Māori o Hoani Waititi Marae where he remained through to 1999. The journey continued into other teaching and education roles, then, at the end of 2016 the Te Kura Kaupapa Māori o Hoani Waititi Marae board chair Mahanga Pihama asked Hare to consider taking on the Tumuaki role. Hare adds, "The chairman of the board was a young man I taught at Waititi back in the 1990s. He made this opportunity possible to take on the Tumuaki role at Hoani Waititi. I am forever thankful to Mahanga."

Te Kura Kaupapa Māori o Hoani Waititi Marae was created through the vision, belief, and hard work of people like Pāpā Pita Sharples, Whaea Aroha Paenga, and others, out of the necessity to revive te reo rangatira. There were many challenges however, and when their first Te Kohanga Reo graduates came through, there was no kura for them to carry on to.

Hare recalls a story shared by Pita Sharples, or 'Pāpā Pita' as he is also known, involving as a young tamaiti who attended the kohanga reo at Hoani Waititi.

“When it was time for him to go to school there was nowhere for him except the local white stream schools. He hated it and, feeling betrayed, he turned very cold towards Pāpā Pita and reminded him of the promise they were all given with regard to a place to go to once they had completed their time at Kōhanga Reo. That really kicked Pāpā Pita into action, and he went off to parliament to fight and to support their desire to have a Kura opened for their tamariki. They were not supported by the Government. Everything was done out of aroha with strong whānau support. They just had to find a way to survive week after week, month after month with nothing.”

Not only did they survive, the Kura thrived and in 1993, they opened the Wharekura, which is the secondary side of the Kura. 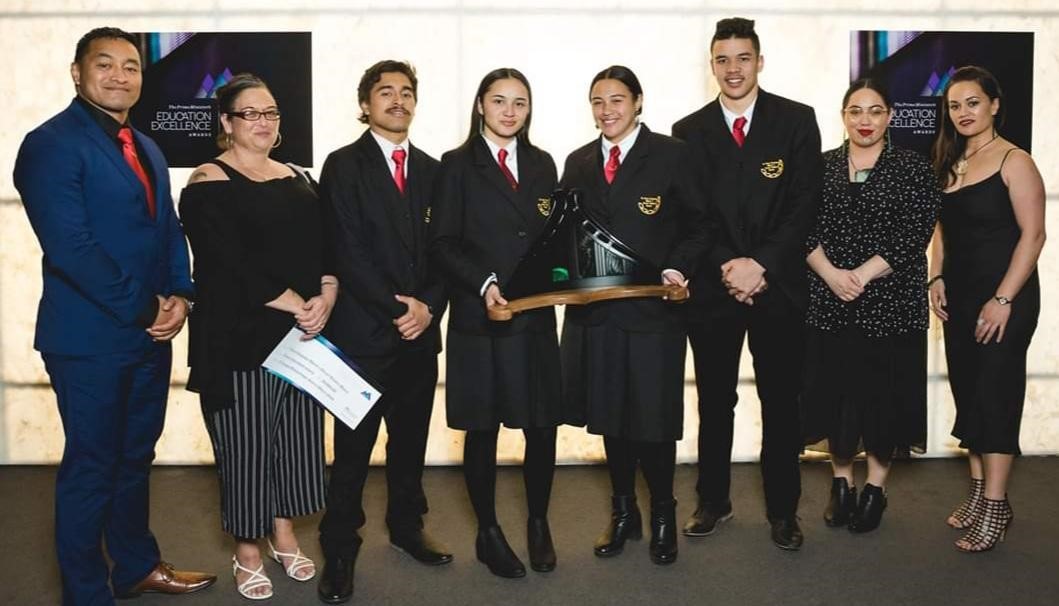 Hare, his ākonga and kaiako celebrating the 2019 Focus Prize at the Prime Minister's Excellence Awards dinner.

Te Kete Uru Ao has been in the making since 2017 and it is crafted around the individual needs and goals of each tamaiti, including work experience and internships. The programme does not end once school finishes.

Hare says, “After they leave Kura, I will call them in to meet with me at least twice a year to see where they are and see what I can do, and what we can do as a kura, to ensure that they are ok navigating life post-Kura … that’s the part of the Te Kete Uru Ao programme saying to our kids, “ok, when you leave Kura, we are still here, you are still a part of our programme, I’m still going to call you and I’m still going to hold you accountable to yourself and to your whānau.”

For Hare, winning the Focus Prize was a great achievement for the Kura and a proud moment of recognition for all those from the staff who gave endless hours of work into developing the programme to what it has become today.

Hare says, “The endorsement, the mihi and the prestige that comes with that award is great but that doesn’t determine the direction that we take or how much we value our Te Kete Uru Ao programme. Everything must come back to your why, which in our case here at Hoani Waititi, is our tamariki. The Prime Minister's Education Excellence award was honoring but with or without the award our Te Kete Uru Ao programme would still progress in the same manner that we had planned. We would still be doing what we are doing, creating all this awesome stuff for our rangatahi regardless.”

We wrap up the interview by asking Hare one final question.

So, one day when you are sitting back in your koro rocking chair, how would you like to be remembered?

“That’s a tough question. I guess you give your all to the Kura, to your tamariki, to your hapori, and to the whānau. You stand and ensure that your Kura and the tamariki get everything that they rightly deserve. Do your best to set the example in all facets of your role as Tumuaki by doing the mahi with integrity and humility. Focus on growing good people within your tamariki.”

Hare then smiles and says, “Open every door because every other door up until now hasn’t been a good door for us, statistically in all different areas we are down at the bottom and that’s because they tell us to go through that door and that door. We are so colonised in our thoughts that we say OK, but in actual fact you should just go have a look at it. When our ancestors left Hawaiki, they left into the unknown and one of the things we’ve got to be willing to do is to go into the unknown.”

Last reviewed: 26 March 2021 Has this been useful? Give us your feedback